Cody Cameron 19, a young aspiring actor spoke with UCIA about his love for acting and working professionally within the Australian Television industry. 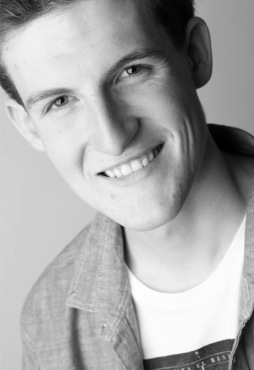 Television and movie actors all have this great job of being able to tell stories to a variety of audiences and Cody loves acting for this reason. “I love telling stories and being able to bring characters to life. It can be both challenging and rewarding at the same time but I enjoy the responsibility and preparation that comes with being given the role. There is never a dull moment with acting and it is always exciting.”

Cody is mostly a self-taught actor and said, “I have only ever done one acting workshop with Mal Kennard, other than that my performances are all naturally crafted.” Cody is always prepared for his auditions and performances and said, “I enjoy trying out a few different ways of portraying the character, which can give me versatility if I attend an audition and ask to approach a character differently.”

Method acting is a technique of acting that actors use to become emotionally involved in the character they are portraying. Cody said, “I am a method actor, so my techniques and ways I go about preparing for roles vary depending on the part and the amount of emotional dedication required.” Method acting is a great technique used to help actors achieve better characterisation with the characters they are portraying. To help get into character, Cody said, “I generally seek to isolate myself in a quiet room and expel distractions as I set myself up and begin to develop and research the character. I do this so I can create the most effective, genuine and accurate performance possible.”

The acting world can be seen as very competitive but Cody has a positive view on the pressure and competition within the industry. “There will always be competition,” he said. “It is okay to recognise that, but the moment you begin to convince yourself it might be too hard, or someone might be better than you, you slow down and lose momentum.”

With a strong family and friend network, Cody has had a lot of support given to him over the years. “My family and friends have a lot of faith in me and that is by far the biggest inspiration.” Cody was fortunate to be nominated for Star Central Magazine’s most promising actor of the month in October 2015. With the support of his friends and families votes, Cody placed second which is an extremely good effort for the youngest actor listed for that month.

In 2014, Cody had his first taste of professional acting when he landed a role in the mini-series Gallipoli which aired on channel 9 in 2015. His favourite experience of working within the Australian television industry was the introduction week they had before they began filming. “We learned to use the rifles and wear the uniform correctly. On the last day, when we were heading back to the City on the bus, I was fortunate enough to sit next to Lincoln Lewis. We had a great conversation about acting and where I wanted to go. I could see how excited he was for me and how passionate about the industry he was himself. Lincoln was so humble and this was an experience I will never forget.”

Cody loves acting every chance he gets, and when asked what he would be doing if he was not acting, he said, “In an alternative reality where acting was unheard of, I would be interested in the Police Force.” In the future Cody sees himself, “successful and financially secure, helping the world become a better place, but most of all, happy.”

Cody is extremely dedicated to his career as an actor and we wish him the best of luck!

“There is no room for fear. If you have a dream, if you are willing to do whatever it takes, go wherever you have to go, go above and beyond just to have that dream, then you have already won!” – Cody Cameron

To follow Cody and keep up to date with his acting career, check out: